Get fresh music recommendations delivered to your inbox every Friday.
We've updated our Terms of Use. You can review the changes here.

FLAPJACKS FROM THE SKY

by The Slambovian Circus of Dreams 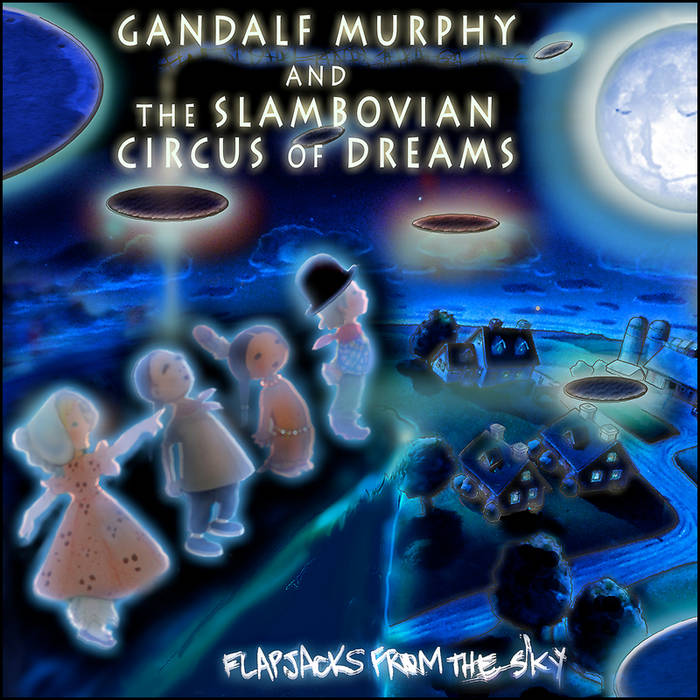 Two full studio albums. (3 years in the making!) 21 tasty tunes on 2 buttery discs. The much anticipated follow-up to "A Good Thief Tips His Hat."

"Flapjacks from the Sky is not only a grand surprise as an ambitious (and fully realized) album, it's a record that opens up American folk, pop, and rock languages, creating an inner dialogue that is not only translatable and accessible to anyone, but is also delightful and free of cluttered ambitions. Gandalf Murphy & the Slambovian Circus of Dreams have the requisite skill and taste to inspire actual awe in even the most jaded of listeners." - Allmusic.com

Psychedelic americana from the misty hills of Sleepy Hollow.

Bandcamp Daily  your guide to the world of Bandcamp

sndtrak stops by with an Album of the Day Feature of his most recent release, FLIPS V1: Triple Lindy